Passengers of Virgin Atlantic, which will start operating in Israel in September 26, can enjoy the world's newest aircraft, Airbus 350-1000 on some of the connecting flights from London to New York. As we recall, British Airways has announced that it would launch the same aircraft into flights to Israel on early December

The competition between Virgin Atlantic Airlines and British Airways over the Israeli audience is heating up: Virgin Atlantic, which has already announced that it will start operating a daily flight between Ben Gurion Airport to London Heathrow Airport from September 26, 2019, will operate in some of the continuing flights from London to New York, the newest aircraft at Virgin’s fleet, Airbus 350-1000.

By this way, Virgin Atlantic is going ahead of the competitor British Airways, that operates three daily flights between Tel Aviv and London, announced that on December 1st, it will operate the new Airbus 350-1000 plane on the London-Israel flight, following Virgin’s announcement regarding the start of operating flights to Israel.

As previously mentioned, passengers flying with Virgin from Ben Gurion Airport will be able to fly to London on Airbus 330 aircraft, and continue on some of its connecting  flights with its new Airbus 350-1000 aircraft to flights from London Heathrow to JFK New York.  Virgin will also offer connecting flights to many many destinations in North America such as Newark, Miami, Chicago, Los Angeles, San Francisco, Las Vegas, Toronto and more.

When announcement the new line of flights from Israel to London was announced, Virgin’s Israeli CEO, Shay Weiss, stated that the company would offer the Israeli passengers, particularly the businesspeople and the business community, a highly advanced experience in flights, especially to North American destinations.

Virgin Atlantic operates three classes on its flights: tourist class, Premium Economy and the Business Class. The competitor, British Airways, currently operates in some of its aircraft for Israel, four classes: Economy, Economy Plus, Business Class and the First Class. However, with the entry of the Airbus 350-1000 aircraft into the Tel Aviv-London line, British Airways will offer three classes and cancel the first class, as on Airbus 350-1000 business class seats are personal compartments, with seats turning into a flat bed and a closing door so each cell is personal.

Virgin Atlantic passengers, who fly from Tel Aviv in business class to London and connect to the  North American destinations, will get a special benefit:  they can fly with three pieces of luggage with no additional charge, while British Airways offers each passenger to fly with two pieces of luggage for free for passengers on Business Class, and only travelers that are members on the Frequent-flyer program can send three suitcases.

Virgin Atlantic, which is currently preparing for its flights from Israel, has already appointed Nick Bettles, to the Israel’s commercial manager, and it has come to Passport News attention that the company will focus on travel agents activity in Israel, as well as direct contact with business travelers. 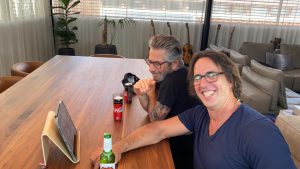 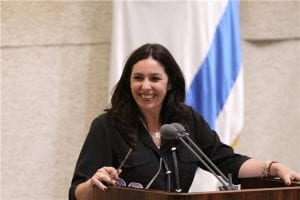 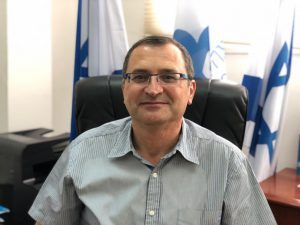